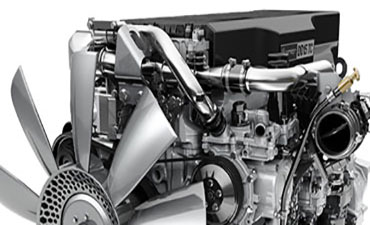 Andy from Redwood Park in Adelaide drives a Detroit 15 litre Western Star. He hauls 85 tonnes from Whyalla to the Wimmera Air Base bringing road base for the new air strip. At $19,000 per month in fuel costs, I asked his best fuel saving tip?” Don’t start her up!” he joked.

Vehicle power is a simple calculation. You burn fuel to make horsepower, and you use horsepower to overcome forces trying to hold back your truck. Maintaining a given road speed depends on the total of these forces – Aerodynamic drag, tyre rolling resistance, engine accessories and drivetrain losses.

Aerodynamic Drag is the most significant factor above 80 kmh. Even a 2% improvement in frontal shape, and aerodynamic cab aids will result in 1% improvement in fuel economy. Tractor-trailer gaps should be minimised. Beyond 75 cms, every 25 cms increases drag by 2%. Wind resistance accounts for over half of your power demand.

Below 80 kilometres per hour, tyres make the biggest difference. Rolling resistance results from the internal friction of a tyre as it flexes during motion. Energy spent generating tyre heat does not contribute to moving, so cooler running tyres are more fuel efficient. Apart from tyre construction, influences are vehicle speed, load, inflation, ambient temperature, road surface and axle alignment. Tyres flex more at higher speeds, and economy decreases over 88 kph. Every 10psi of under-inflation will also represent a 1% penalty in fuel economy.

We believe the key issues for saving fuel are ; Engine operating temperature, intake and exhaust restriction, air compressor operation, fan operation, engine idling and a pre-trip inspection. It’s critically important that you have the correct gear ratio specs to ensure your engine operates within the peak torque range, this allows for correct gear selection and better fuel economy. Ideally to maximise fuel efficiency of your engine you should be in top gear for more than 90% of your trip.

Idling too is significant. Even an hour of idle time in a long-haul operation can decrease fuel efficiency by a further 1%.

Good qualified servicing can make a dramatic difference. Torquepower’s on-site technician Neil Bird headed to Gin Gin to improve running of Gorlick Earthmoving’s 1996 Western Star, 1988 Kenworth T600 , 1984 Kenworth K125 Cabover and a 1989 Kenworth T600 . Says owner Peter Gorlick, “Honestly, the trucks have never run as well. One of our trucks hauls 30 tonnes of road base non-stop every day, the driver’s been able to go up a gear and the fuel economy is unbelievable! We can’t believe how much we are saving. “