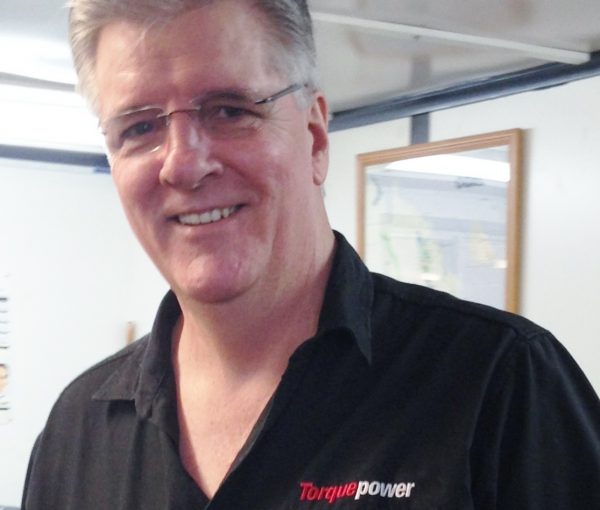 GOOD MORNING BUNDY !! If you’re a CUMMINS OPERATOR in BUNDABERG, MONTO, CHILDERS, and… well anywhere in AUSTRALIA –  we’ve got you! Even for hard-to-get parts, depend on TORQUEPOWER. Ken Roberts, our Director is A BUNDY BOY TOO! 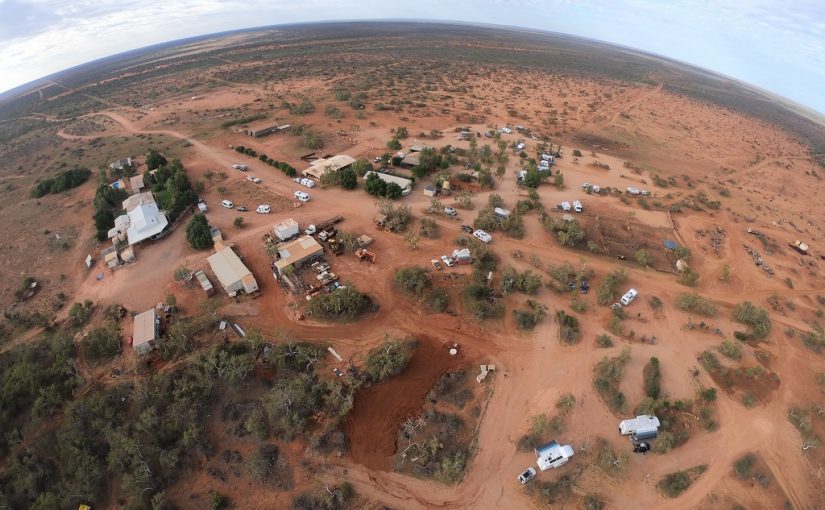 WAY OUT WEST, it’s time for adventure. Grab the yabby net and get the 4WD adventure-ready with a well-priced Donaldson 4WD FILTER KIT, Oils, Purosil Hoses and clamps from TORQUEPOWER. Call 0732778277 or order at www.torquepower.com.au | 170 Beatty Road, Archerfield Q | FREE DELIVERY to 30 km! #4WD #Landcruiser #Prado #Hilux #donaldson #torquepower #Cummins #outback – A lazy 1200 kilometres west of Brisbane, Kilcowera Station offers a 60-kilometre scenic route around the property, gorges and nearly 200 bird species. Cardenyabba Lagoon is a top spot for a waterfront campsite. Check out the lagoon from the complimentary kayak and you won’t want to visit Kilcowera without a yabby net; the lagoon is full of them. https://unsealed4x4.com.au/10-of-the-best-outback-station-stay-experiences/ 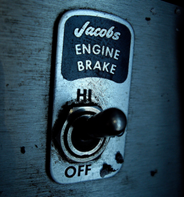 We think this story should be called “ Jake Brake comes home”. The Jake Brake was originally invented by Clessie Cummins. But holding it in-house, made it unlikely that they could use the technology to develop and sell Jake Brakes to other OEMs like Caterpillar, Detroit, Volvo and Mack – which they did. So, Cummins sold the product or the company Jacobs Vehicle Systems. Cummins Inc has now announced the signing of an agreement to (again) acquire Jacobs Vehicle Systems (JVS), currently a subsidiary of Altra Industrial Motion Corp.

The Jake Brake, and why we love them

The driver-controlled compression release brake system (Jake Brake) temporarily turns the engine into an air compressor. Instead of recovering the energy consumed by the compression stroke, the compression brake system then deletes the following power stroke. This results in a substantial braking force generated entirely within the engine cycle and transmitted to the road wheels via the engine pistons, connecting rods, crankshaft and drive train.

This technology has saved wear and tear on brakes the world over, greatly extending their service life. More importantly, by reducing the friction and reliance on the foundation (wheel) brakes during long downhill stretches, the Jake brake keeps them from overheating and failing when the truck driver needs them most. To understand how the Jake Brake works see – https://youtu.be/HkfjCJClWVA

It all started when the founding father of U.S. diesel engines nearly lost his life due to failing brakes and an inopportune train schedule. Ninety years ago, Clessie Cummins, founder and namesake of the engine manufacturer, Cummins Inc., along with two compatriots, hopped in a diesel truck specially outfitted with bunks, storage and stove for an incredulous journey across America to test the endurance of diesel trucks.

That 3,214-mile trip from New York to California trailblazed the way for every long-haulier who followed, all for the fuel cost of $11.22, or $194.15 in today’s dollars. But it almost cost Cummins his life. Dashing down the Cajon Pass on the old Route 66 in California, which has an apex of 3,777 ft. above sea level, Cummins saw a train roaring across the road below. As the legend goes, he barely missed T-boning the caboose as the truck crossed the tracks. In the decades that followed, Cummins kept that near-miss — and how to avoid another — close to his heart.

“In the ’50s, when he finally retired from Cummins, he spent some time working on that and trying to figure out how to turn the engine into some sort of compressive brake,” explained Steve Ernest, then vice president, Engineering and Business Development for Jacobs Vehicle Systems, the company that formed in 1961 to commercialize the braking innovation. 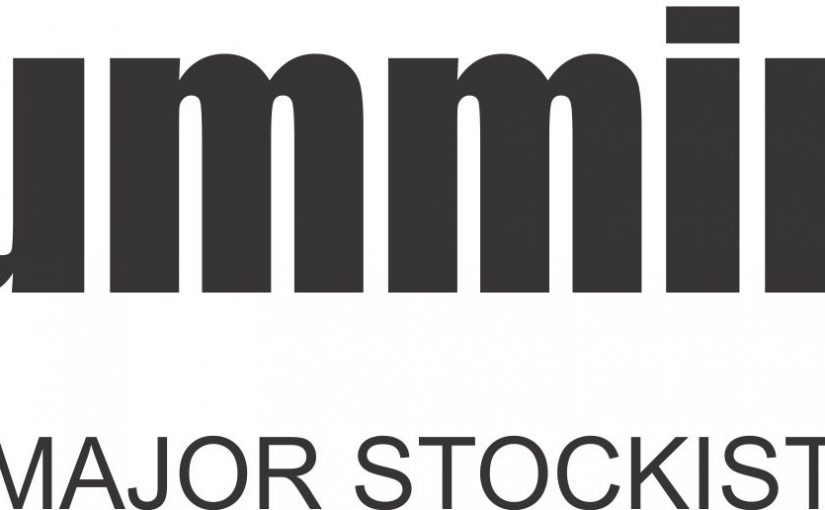 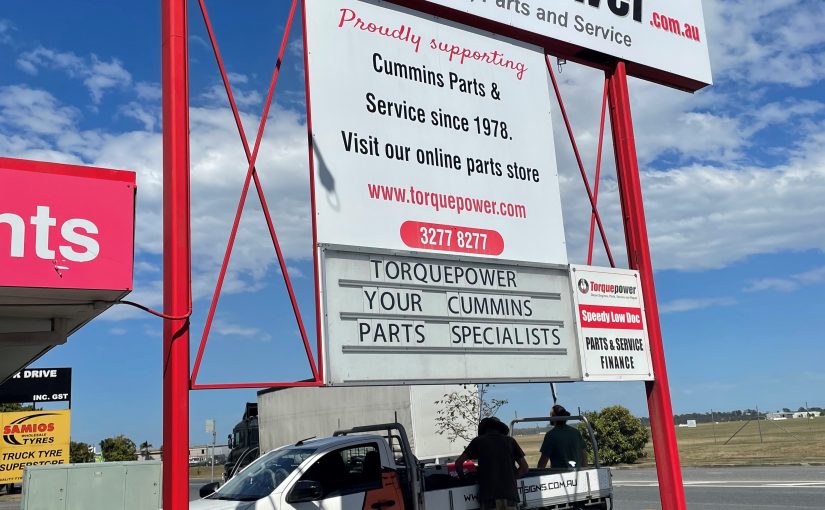 TORQUEPOWER, OPEN for the Brisbane SHOW DAY PUBLIC HOLIDAY Friday 29th Oct. Our 170 Beatty Road Archerfield Parts Branch will be open and continue to serve you as usual.

Come in and see us | Call 0732778277 | email; sales@torquepower.com.au or see https://shopping.torquepower.com/about/about#About |

TORQUEPOWER – Supporting the owners and operators of Cummins-powered equipment right across Australia and the South Pacific, with parts and service, now in our 44th year. #torquepower #cummins #showdayholiday 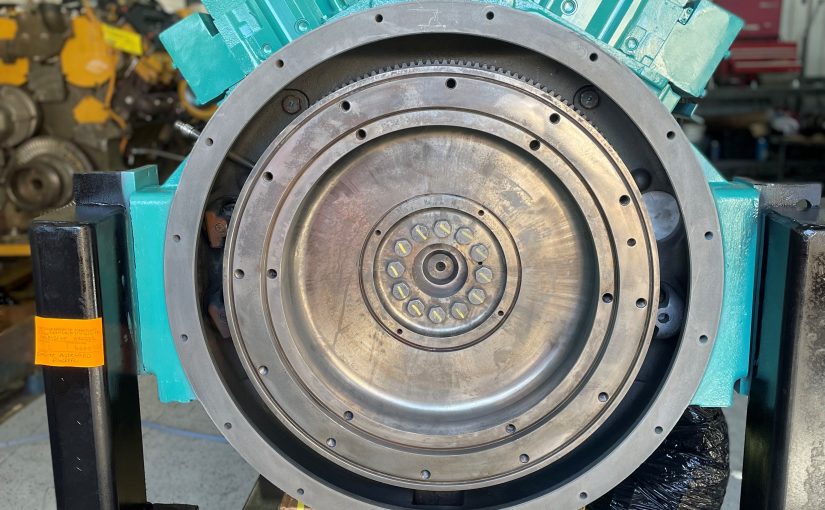 Torquepower has recently delivered on the successful overhaul of a 5 tonne Cummins V16-K50, a 50 litre engine for one of our key export partners.

Overhaul of an engine of this size is outside of the materials handling capability of the Torquepower Service Department so delivery of the work became a collaboration between Torquepower and a longstanding partner in DEAS Pty Ltd.

DEAS is a heavy engine overhaul and dyno-testing facility whose primary focus is Detroit Diesel products, however, the company has successfully completed a great many overhauls of other larger engines including Cummins, Cat and MTU in its purpose-built facility at Salisbury, Brisbane.

DEAS welcomed the opportunity to work with Torquepower on this project. The completed engine was dyno-tested in the final customer’s presence and a video of the testing and test results were provided for his records.

With its huge range of Cummins spare parts and its ability to interpret, source and resource all of the necessary products for the work, it made good sense for Torquepower to work with another like-minded professional service provider to deliver the solution for the customer. The overhauled engine will be returned to its home in the South Pacific where it will be reinstated at a mine site to provide prime power for the enterprise. 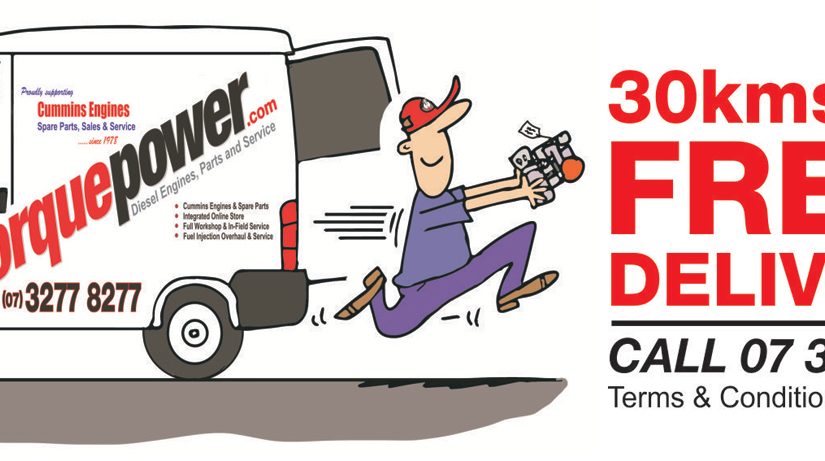 At TORQUEPOWER, we are here for you through the 3-day BRISBANE LOCK-DOWN.

Our 170 Beatty Road REAR CONTACTLESS PICK-UP COUNTER WILL BE OPEN. The Front Parts-Counter will be closed in line with Covid-safe requirements. Please ensure you PURCHASE ONLINE; RING or EMAIL AHEAD so we have your parts ready.

OUR DELIVERY SERVICE will be operating as per Covid contactless guidelines, PLEASE ASK OUR SALES STAFF for more Info. https://shopping.torquepower.com/about/about#About | 0732778277 | sales@torquepower.com.au.

We will re-open the front counter at 8.30 am Saturday 3rd July. TORQUEPOWER – Supporting the owners and operators of Cummins powered equipment right across Australia and the South Pacific, with parts and service for 42 years. https://www.torquepower.com/ #torquepower #cummins 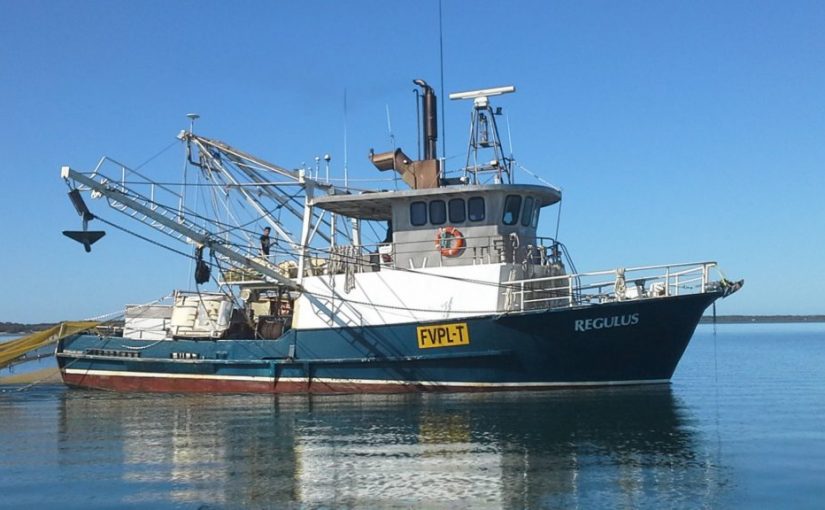 When Covid closed all the restaurants in 2020, it hurt the fishing industry.

All the big companies called and cancelled their orders, and Peter Lee of @Lee Fishing Company brought his fleet home and tied up for 6 weeks. “ It may not have been the best decision, but fuel is a huge cost to deep-sea fishermen. The water is 300 to 600 feet deep in places, and usually, we are about 50 miles offshore. The usual tour is a 35-night stint, with an initial 30 hours of travel, which means using up to 40,000 litres in 3 weeks.”

North of Cairns is the “mothership”, a 50-metre Sea Swift, with a million-litre diesel tank. It provides refuelling of all kinds including food and water for the crew.

“Torquepower rebuilt two KTA Cummins Engines for us. Excellent engines, and being out at sea, they need to be ! You can’t pull up at a marina out there for repairs. “

We overhaul them every 30,000 hours regardless. All the filters and parts come from Torquepower. We have a special connection with Torquepower. I can call anytime for help. Even when I need non-Cummins marine parts, Torquepower can source them for me quickly.

So what are the positives? – “ Well the Queensland Coast got a breather, as fishing totally closed down. Now the ocean is producing really well. A lot of product and lots of demand. I just can’t get enough to supply to Australian and Asian markets. After Covid, I downsized the fleet, got really efficient, and don’t personally go to sea anymore, but I still miss it. “ 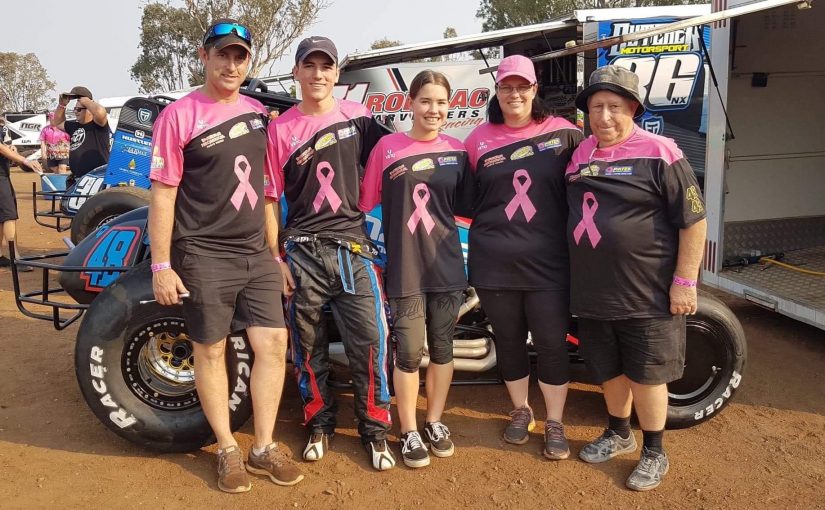 Since 2004 Torquepower has enjoyed a strong relationship with Progress Heavy Vehicles.  Adrian and Annette O’Donnell are the new owners but are well known to each other, with an interlinked history. PHVR was formerly owned and operated by Peter Morgan – Workshop Foreman at Torquepower, and Adrian worked at Boral for 26  years with Peter Morgan.

“We look after everyday areas, like greasing right through to major trailer services. I’ve got a variety of good guys here with a diverse skill sets particularly with Cummins engines, they have good knowledge and Cummins experience.”

“My father taught me straight up what I didn’t want to do in life. He was a panel beater, and it was my job to help him after school. That definitely steered me away from panel-beating. He pointed out that there were a lot of trucks on the road and someone needed to look after them. “

When I came across this business, I knew it had a good history and reputation, and it suited me and my family to return to the diesel industry.  Annette has skills in accounting and administration, and our two boys are diesel mechanics. “

“I believe the Family that works together, stays together. We also like to play around with motor racing, which has taken us all over Australia. The boys are Junior champions and now they are working their way up to the senior categories. Casey our youngest son won the 2020 Wingless QLD Title which was a huge achievement amongst a field of 35 cars and became the youngest QLD Champion in history with this win. We love Speedway racing. The family gets right into it. Everyone has an important role, enjoys it and we get some good results. It’s pretty handy to have a family of mechanics, plus of course, Dad does the panels. “

“Torquepower looks after our Cummins Parts supply, everything from gaskets to water pumps and so on. Torquepower has a great availability of –  parts any issues we work together to get the customer back on the road sooner. “

The best way wToquepower can support companies like Progress is with on-time parts supply, the right parts every time; and tech support. It’s all about getting the customer back on the road in a timely manner.