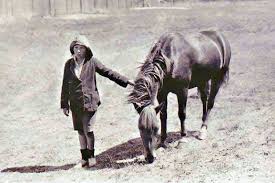 Lennie & Ginger Mick – Australian courage, hard work and the value of a dream.

It is 1932 and John Bradfield is spanning the Sydney Harbour, there is economic depression, unemployment is at 32%,and Australians are learning to be frugal;  stretching the family budget with casseroles and soups; and in Leongatha in outback Victoria an amazing little bloke called Lennie Gwyther has taken over ploughing the family’s 24 fields after Dad ,‘ Captain’ Leo,  breaks a leg.  Young Lennie is fascinated with the engineering and construction of the Sydney Harbour Bridge, and as a reward he is invited to the opening.

The Sydney Harbour Bridge is famously held together by six million Australian-made hand-driven rivets, the last being driven through the deck on 21 January 1932. The rivets were heated red-hot and inserted into the plates. The arch is composed of two 28-panel arch trusses arch and has a span of 504 m and its summit is 134 m above sea level ( expansion of the steel structure on hot days can increase the height of the arch by 18 cm!) The bridge building coincided with the construction of a system of underground railways in Sydney’s CBD, known today as the City Circle, and the total weight of the steelwork of the bridge, including the arch and approach spans, is 52,800 tonnes.  The bridge was regarded as a triumph over Depression times, earning the nickname “the Iron Lung”, as it kept many Depression-era workers employed.

Today we may think twice about allowing a 9 year old child to ride their bike to the shops. To consider a solo horseback journey by a nine-year old boy accompanied by his horse, Ginger Mick, foaled on exactly the same day as Lennie was born , of 1,000-kilometres to watch the opening of the Sydney Harbour Bridge, carrying nothing but his PJs, spare clothes, a toothbrush and a water bottle is amazing, and Australians were captivated by the story. On the journey Lennie was set upon by “vagabonds, crossed a bush fire, and met the Prime Minister. He arrived in Martin Place, accompanied by 25 police, and 10,000 cheering Sydney-siders. He and Ginger Mick, participated in the Royal Easter Show and paraded across the Sydney Harbour bridge in its opening. He rode an elephant at Taronga Zoo , met Don Bradman and brought home a signed crocket bat.

After his marvellous adventure, he rode home with a letter from the Mayor of Sydney and one Australian Pound, and returned to work on the farm.  At 19, he enlisted in the Army, and was awarded the Military Cross and bar in 1916 and 1917. Later,  Lennie commenced work as an engineer with General Motors’ Holden at Fisherman’s Bend, Victoria. He built a house for his mother, and had a lathe in the shed and he was always turning wood or making tools or tables.

Apart from being the youngest known person to make a solo equestrian journey of this magnitude, why does Lenny’s story affect us so greatly? He was a small boy, a hard worker with a love of construction and of adventure. At a time when the nation was struggling economically, his family took a risk, depending on the kindness of strangers along his journey.  It reminds us of Australian courage, hard work and the value of a dream.

Our dream was not as captivating, or as daring, but at a time when we felt smaller Cummins operators weren’t being looked after as well as they should be, we formed Torquepower. We worked 24 hours a day some days, 7 days each week frequently; to establish a company that was always there to help keep your operation going. It’s only a tiny bit of Australian history, but we are motivated by the stories of Lennie and Ginger Mick, and all the other Australians who do us proud in difficult times.