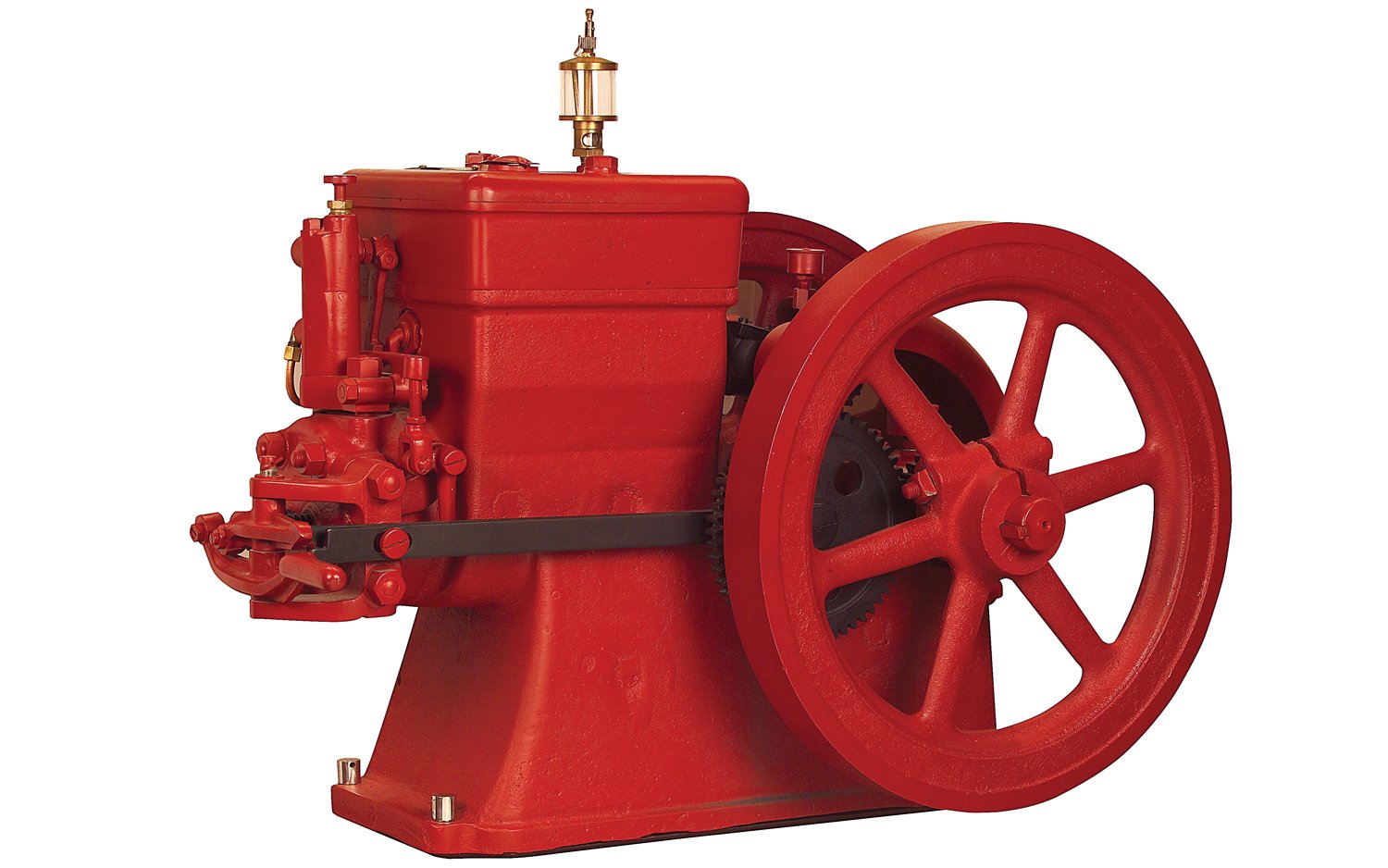 “ Celebrate with me, Diesel’s Engine “

The diesel engine is the workhorse of the modern era – from trucks, to tractors, to locomotives, generators and mining equipment to name just a few of its key serviced sectors. Imagine the consequences for us all if these various applications had to rely on petrol power today – with the increased cost, the increased risks and decreased freight capacity.
Both diesel and petrol engines come under the banner of “internal combustion” engines. This is where the combustion process happens inside of the engine rather than on the outside like the steam-engines of old.

The steam engine fires a boiler which then sends steam via pipes to a cylinder some distance away and the cylinder has a piston just like the internal combustion engine. But the internal combustion process wastes far less heat energy than the old steam engines not least because the heat and “work” both happen in the same place. “Efficiency” is thereby greater for the non-steam fuelled engine.
So why diesel rather than petrol?

Both engine types have cylinders, pistons, connecting rods and crankshafts and both use heat from a fire in the cylinders to force the pistons down the cylinder bores. Via the connecting rods, the fast descending pistons produce a rotation of the crankshaft. This rotating energy makes its way to the wheels (just to keep it simple I’ll reference the automotive application) where it is used to empower the vehicle to do its work. In a modern petrol engine, vaporized fuel is introduced into compressed air within the cylinder. This volatile mixture of compressed (read, “hot”) air and gaseous petroleum is then ignited by a spark. The resultant explosion causes a sharp burst of energy which acts on the retreating piston and forces it down the cylinder. This process can occur thousands of times every minute and thus power sufficient for a properly designed application is cumulatively generated.
Diesel engines are similar but simpler. Air is allowed to enter the cylinder where it is compressed to about one half of the volume of a comparatively sized petrol engine’s cylinder. This extra compression itself generates huge amounts of heat (remember what happens when you use a bicycle pump hard and fast?). Diesel fuel is then injected at very high pressure and in a form like ultra-fine mist, into the enclosed 500 or so degrees Celsius environment. There is no need for a spark plug. The fuel auto-ignites and the ensuing explosive diesel combustion results in cylinder pressures much higher than are possible from typical gasoline engines. Also, the fuel burns more completely and for longer (because it is less volatile) and the resultant push on the piston imparts a great deal more energy into the crankshaft.

It is a technical fact that diesel engines are twice as “efficient” as petrol engines. In simple terms this means that you can go much further or do much more work, for the same amount of fuel. In addition to the efficiencies described in the previous paragraph, diesel fuel itself carries more energy per volume than petrol – it is heavier as its molecules include more hydrocarbons.
Unlike petrol engines, diesel engines can theoretically be run on a wide range of hydrocarbon fuels including vegetable oils or a mix of vegetable oils and diesel. In fact Rodolphe Cretien Charles Diesel (better known as Rudolf Diesel) himself ran his early engines on peanut oil and imagined that his engine might be instrumental in giving people an independence from traditional coal or gasoline fuels. Now there was a man before his time!
Rudolf Diesel was a Parisian born and Bavarian educated engineer who was just 18 years old when his fellow countryman (he always considered himself as a German) Nikolaus Otto built the first successful internal combustion engine. In the words of Lyle Cummins in his definitive works on the subject “Diesel’s Engine”, Diesel was “a man and an engine…..No other power plant in such widespread service bears the name of its sire”.
At age 22 Rudolf Diesel went to work for a refrigeration engineer Professor Carl von Linde where he developed a keen interest in thermodynamics and began to understand just how an engine works.
By age 32, he had figured out how to make an improved internal combustion engine without using the traditional sparking plug. Rudolf began protecting his ideas by patents. He referred to his design as a “Carnot heat engine” after Nicholas Leonard Sadi Carnot, the French physicist and thermodynamics pioneer. The patent was titled “Theory and Construction of a Rational Heat-engine to Replace the Steam Engine and Combustion Engines Known Today”. At age 35 he built a huge stationary engine that worked under its own power for the first time and two years later he successfully patented the concept of a “single acting Diesel engine” in July of that year 1895.
In 1898, and with Diesel’s help, the first commercial diesel engine was built in a St Louis, Missouri USA factory by Adolphus Busch, brewer of Budweiser beer. In the following year, manufacture of diesel engines began at Diesel’s own plant in Augsburg, Germany. The Diesel concepts were subsequently licensed to other manufacturers and Rudolf quickly became a very wealthy man.
1905 saw the development and wide uptake of the turbocharger , used to boost the engine’s power output.
Another German engineer, Prosper L’Orange, made a major contribution to diesel engine development in 1909 when he invented and patented the pre-combustion chamber. Daimler AG claimed that this “made possible the development of the diesel engine from being a stationary source of power to one with mobile applications”. While working with Benz & Cie in Mannheim, L’Orange’s other inventions included: the funnel pre-chamber, the pintle-type injection nozzle and the variable injection pump – each of them a landmark in its own right along the road towards the diesel engines imminent application in an automobile.
In 1913, Rudolf Diesel fell overboard a steamship while crossing the English Channel. Speculation suggested that he may have been murdered or committed suicide but nothing was ever concluded.
In 1919, Clessie Lyal Cummins founded Cummins Engine Company in USA and on Christmas Day 1929, after installing a diesel engine into a used Packard limousine, Cummins took W.G. Irwin (the original investor in the Cummins business) for a ride in America’s first diesel powered automobile.
The first dedicated automotive diesel engine was built in Germany in 1922 by Mercedes Benz.
Capitalizing on the early conceptual success of the diesel design, more new original equipment manufacturers (OEMs) such as Caterpillar, MAN, Navistar (International Harvester), Cummins, Detroit Diesel and many more, began to appear. These in turn brought an onset of component suppliers such as Bosch, Shell, L’Orange and thousands more.
Rapidly growing demand required and attracted unprecedented levels of innovation, invention and service from a whole new industry that barely existed previously.
Celebrate with me, Diesel’s engine!  Ken Roberts, Director, Torquepower.