During his time with Cummins, Ken Roberts served as truck section fitter, Warranty Administrator and finally Truck Section Supervisor. In August 1978, Ken left the company and as a sole trader, set about building a business that would provide a more personalised and adaptive service for many of the truck owners he had come to meet. Torquepower operated on a mobile basis during the first six months, working out of truck stops, trucking yards and on the roadside. In March 1979 premises were leased in Beatty Road Archerfield wherein a single prime mover could be accommodated – providing the cabin was lowered at the end of the day so the workshop door could be closed. Additional space was arranged as the business grew until ultimately a larger workshop was necessary to accommodate the rapidly developing operation.

By 1985 the company had expanded substantially with sales volumes continuing to climb, and Jude Roberts joined the company as a director. Against that background, Torquepower negotiated a Cummins Dealership agreement ( a Cummins Certified Dealership) with Cummins Engine Company and thrived. In December 2013, Torquepower opted to become an independent Cummins supplier.

Today, the Torquepower business comprises a number of corporate entities and founder Ken Roberts retains the position of Group Managing Director and CEO. It has provided employment for nearly 300 families and has been publicly recognised among the Queensland (Q400) Top Private Companies. 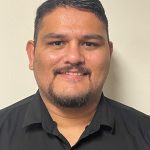